Portable timepieces and pocket  watches have been around since the 15th and 16th centuries. The wristwatch (as opposed to a watch worn on the wrist) as we know it today is of course more recent. It was not until the early 20th century that its popularity, design and development began to accelerate.

To begin with, it seems, watches for the wrist were marketed mainly for women, sports people and military officers. At the turn of the century men generally didn’t see watches for the wrist as something that they would wear, considering it decorative jewellery, continuing to opt for the traditional pocket watch.

It was World War 1 that probably helped shift perceptions of the wrist watch.  Very early wristlets were basically small pocket watches or fob watches attached to leather straps or bangles and chains. They were still impractical during use. Therefore after initial resistance watchmakers started to concentrate on designing “purpose built” wrist watches, making parts that suited the much smaller cases. Following the war, by the 1920’s the wrist watch in concept was embraced by the mass market and as a result began its real journey in design and development. Over the following decades it became a fashionable and practical accessory for both men and women. Great investment was put into improvements in the technical and aesthetic design and we see a wide variety appearing during the first half of the 20th Century. 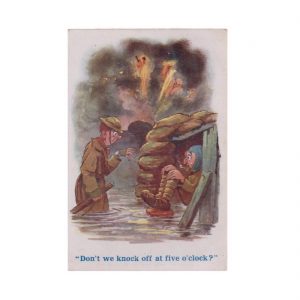 The Allnutt Collection contains examples of early wrist watches, watch guards and watch packaging. The next project is to digitise the examples we have so that they can be easily accessed and referred to, for use in information exchange and research. Please do contact us if you wish to see the permanent collections we have. Alternatively if you have further information about any of the objects please do let us know.

These were designed to protect the more vulnerable early wrist watch glasses from damage.   Examples of these can be seen below and we hope that by illustrating these they will be useful for reference as there are a wide variety many with only subtle differences.  Where we know the patent numbers and associated information we have provided it and if you can add to this we would be grateful.